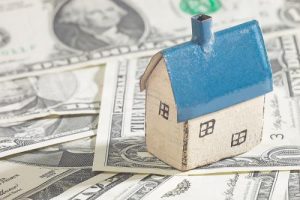 The economic shutdown triggered by the COVID-19 pandemic has resulted in an astonishing $14 billion budget deficit in New York, with projections of up to $30 billion by 2022, according to New York Governor Andrew Cuomo. In efforts to minimize the cash flow crunch and increase capital funding of the state’s economy, state legislators have turned to the New York City real estate market for relief. Most relevant is the revival of the “pied-à-terre” property tax surcharge on qualifying non-primary residences within the state.

“Pied-à-terre,” (French for “foot on the ground”) typically describes a secondary residence, often an apartment or condominium, in a city different from an individual’s primary residence. For example, a suburban homeowner may own a pied-à-terre apartment in a neighboring city to facilitate commuting for work or the occasional weekend visit. According to the New York City Housing and Vacancy Survey conducted in 2017, the city had as many as 75,000 pied-à-terre. A large segment of the pied-à-terre market in New York City consists of luxury, high-end real estate located in some of the city’s most sought-after neighborhoods.