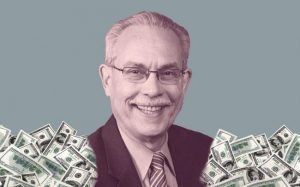 Since 2015, NYCHA and the City have announced three plans for public housing. They claim these will repair and modernize buildings for generations to come. We are not so sure. Below is an explanation of the plans – what do you think?

(introduced in the middle of a global pandemic, no less)

Where is the resident engagement? Why are these plans being brought to the community after they’ve been devised?

Infill is the privaization and financlalization of parts of specific NYCHA campuses. For example, a playground or parking lot is leased to a private developer to build a residential tower.

RAD is the privativation of the management of specific buildings. The city enters into a 99-year ground lease with the private company.

The Blueprint is the financialization of public housing. The Trust will subject properties to financial and market-based logics and instruments.

To the extent that all public housing units in NYC will be transferred from Section 9 to Section 8, this will effectively be the end of public housing as we know it.

They say our rights will remain in tact.

Are your rights in tact right now?